How you’re helping to create magic

Jaime Jane was just three years old when she was diagnosed with Acute Lymphoblastic Leukaemia. Cancer ruined her Christmas, and kept her in bed on Christmas Day. For 18 months she struggled through painful treatment and was kept out of school, and away from her friends. Last spring Jaime Jane attended a Family Weekend camp with her parents. She was still weak from chemotherapy. Her parents had to borrow a buggy to take her around to all the activities. But that didn’t stop Jaime Jane from having a ball, as her mam told us.

“Dressing up was her favourite activity. She loved putting her hands above her head and pretending she was invisible. She was still doing that when we got home!”

Jaime Jane has completed the toughest part of her treatment now. She started school last September and her mam tells us she’s been going from strength to strength. She is thrilled to be back with her friends. She’s begun the maintenance phase of her cancer treatment, but still has days where she struggles with the side effects of her medication. It’s been an incredibly tough two years for Jaime Jane, and her whole family, as her mam says “As we look back at photos taken from when she was sick it’s hard  to believe the child we see now could’ve been so sick. But we’re delighted to have come this far, and very proud of our brave little girl.”  Thanks to people like you who support Barretstown, Jaime Jane is still benefiting from the therapeutic effects of our camps, as her dad told us.

“It’s a quarter of her life that she’s been sick, so Barretstown gave her a big reminder of what she could do, and how she could be.”

Thank you so much for helping children like Jaime Jane! 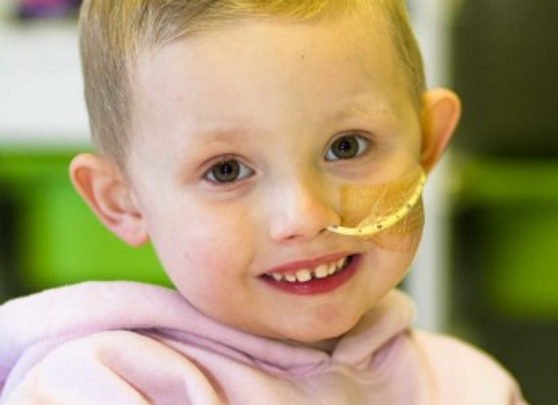