The Dining Hall is the ‘heart’ of the camp which has served over 35,000 campers since it opened its gates in 1994 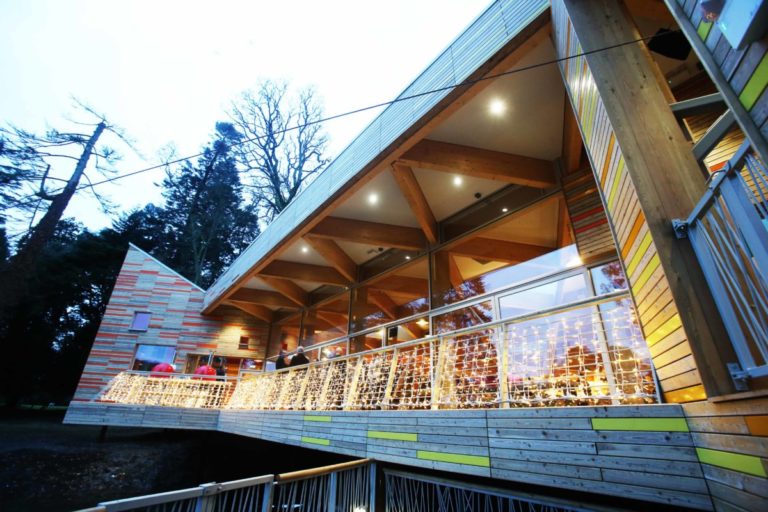 The hall has been named ‘Elizabeth’s Tree House’ because its building was only possible as a result of a bequest made to the charity by the late Ms Elizabeth Burke. As the ‘heart’ of the camp, the Dining Hall is a hugely important space where all of the Barretstown campers, staff and volunteers meet three times a day for meals, dancing, fun and games. The camp had outgrown the old dining hall which was limiting the numbers that could be taken in. The new Dining Hall is 50% larger and has improved facilities giving far more space to campers.

As well as visiting and officially opening the Dining Hall, the Taoiseach was shown around the camp to showcase what it has to offer to children with serious illness.

Speaking at the event, An Taoiseach Enda Kenny TD said; “The service Barretstown offers to children with serious illness and their families is really important to help these children on the road to recovery. The Dining Hall, the ‘heart of the camp’, that I’m honoured to open today, will give these children another magical place for fun and games while at camp. On my visit, I’ve seen what a truly magical place Barretstown is and I commend the staff and volunteers for all of their consistent hard work to make it just that for the children and families that visit”.

Dee Ahearn, CEO Barretstown commented; “We welcome the Taoiseach here today to mark this special occasion – the opening of the new supersize Dining Hall, ‘Elizabeth’s Tree House’. It is more than a building, it is a place where all campers congregate three times a day for meals, fun, excitement and positivity. Barretstown is all about giving children a bit of their childhood back, which they may have been lost due to illness and giving their families a chance to relax, have fun, and be looked after outside of the hospital. 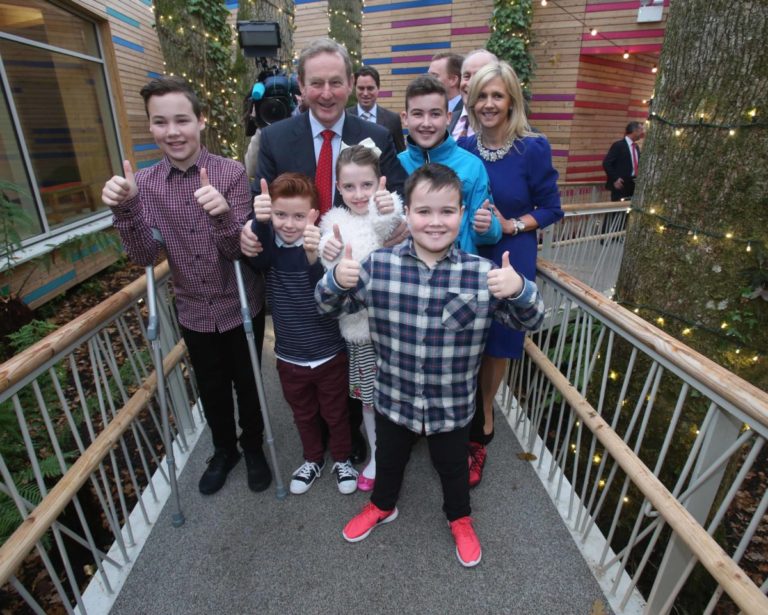 Each year we must raise over €5 million to run our programmes and without the generosity of our sponsors and donors, we wouldn’t have been able to create such a fantastic facility for the campers. We hope the Taoiseach has had the opportunity to experience some of the Barretstown magic here with us today”. Barretstown is a specially-designed camp which provides therapeutic recreation to children affected by serious illnesses and their families. All of the children and families come to Barretstown free of charge and this facility will further enhance their camp experience. Over the past 20 years, over 35,000 campers have been to Barretstown and each year, it serves over 2,500 residential campers and a further 2,500 through the Hospital Outreach Programmes in hospitals around Ireland.

The Dining Hall building was designed by McCauley Daye O’Connell Architects in Dublin and built by M&P Construction Ltd, Saggart, Co Dublin. The fit out of the Dining Hall was funded by Pioneer Investments, the Eithne and Paddy Fitzpatrick Memorial Fund and the Rory Foundation.