At the beginning of 2018 I set myself a personal goal of completing a Triathlon in 2018, something I’ve always wanted to do. As the year progressed I decided to extend this goal to three Triathlons in 3 months in Summer 2018 and thought it was a great opportunity to raise money and awareness for an Irish Charity. There are so many worthwhile charities in Ireland but I decided that Barretstown was the one for me having researched the incredible work that they do. As someone who has spent many summers working with children it is a charity that struck a chord with me. I have witnessed first-hand the positive effect that a camp environment has on children and to know that there is somewhere in Ireland where these special children get a chance to forget their illness and just be children like everybody else is just magical. The time, cost and energy that goes into running these camps is immense and I wanted to use my own personal goal to go a bit further and help the amazing people at Barretstown to raise the funds needed to run their camps. The generosity of my friends, family and colleagues astounded me and it became apparent very quickly that they too recognised the amazing work that Barretstown do as being worthwhile. 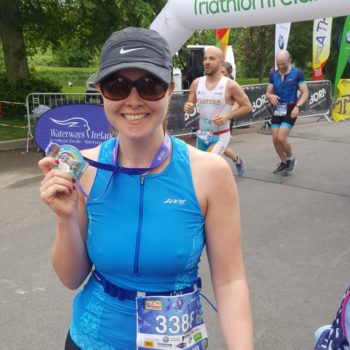 After many weeks and months of training (in the unexpected heat wave summer!) and competing I managed to complete the Tri-Athy Sprint Distance, the Caroline Kearney Olympic Distance and the Dublin City Sprint Distance triathlons. The run was by far the toughest challenge for me. I never imagined that I would ever run 10Km, let alone do so after a 1.5Km swim and a 40Km cycle! I can’t begin to describe the sense of pride and achievement I felt when crossing the finish line knowing that not only had I achieved my own personal goal, but in the process had raised money to make a real difference in the lives of some very deserving children and families. 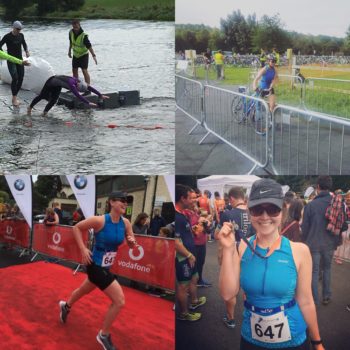 From everyone at Barretstown we just want to say well done Aoife on your Triathlon for Barretstown!