Gemma held an amazing fundraiser for Barretstown and helped bring laughter not only to the people who attended her massively successful comedy night but also helping to bring laughter into the lives of seriously ill children.

Here is what Gemma had to say about her fundraiser for Barretstown:

They say “laughter is the best medicine” and this was the inspiration behind the inaugural “Comedy for Barretstown” fundraising event, which took place on April 4th in Foley’s Bar, Dublin.

It was an entertaining sell-out night of stand up comedy with all funds going to Barretstown. Stephen Harmon was the hilarious MC for the night and seven superb comedians took to the stage; Conor Diskin, Justine Stafford, John O’Keefe, Gillian Fitz, Darragh Murphy, Allie O’Rourke and Emily Ashmore.

The night raised over €2,600 so massive thanks to all who donated raffle prizes, donated money online or attended on the night. The organisers, Maura Mee and Gemma Stack, spoke about their experiences as volunteer Caras at camp, and encouraged attendees to not just donate, but also to consider becoming volunteers themselves. Hopefully this will turn into an annual event and be back even bigger and better next year!

To Gemma all the comedians, volunteers and everyone who supported this event -everyone at Barretstown wants to say Thank You! 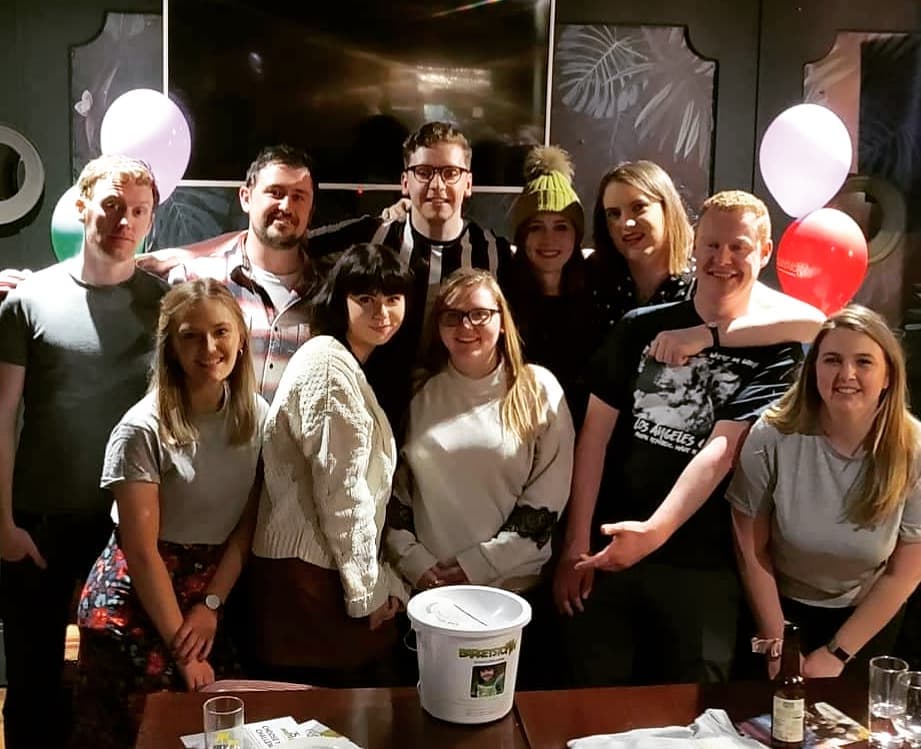 To get involved with your own comedy night or find out how you can fundraise for Barretstown contact Jane at fundraising@barretstown.org