September is International Childhood Cancer Awareness month and to mark it, we wanted to share some incredible stories from some of our Amazing Camper Heroes. So far this month, we shared incredible camper hero stories from Elsie Mae and Laura Nicholls. This week, we would love to send you an update from James, another very special camper hero here at Barretstown. Read more below. 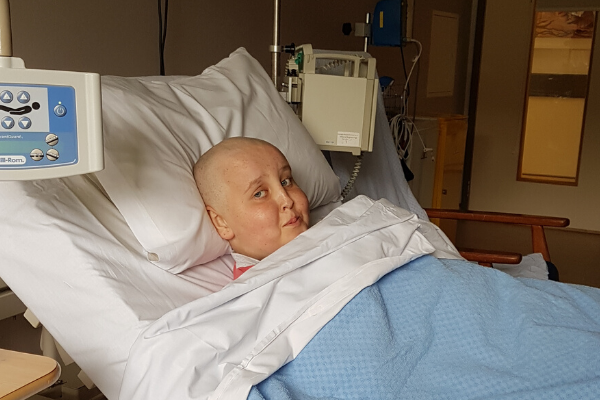 James was 12 years old when he got the horrific news that he had leukaemia. His mum, Debbie, still vividly remembers what a terrible shock it was for the whole family. “We watched our son disappear. When he emerged from that first month in hospital, he had lost so much weight and muscle that we had to carry him up the stairs, help him go to the bathroom and he had to use a wheelchair. It felt like cancer had already beaten him.” But James wasn’t beaten yet – and Barretstown helped him prove it. 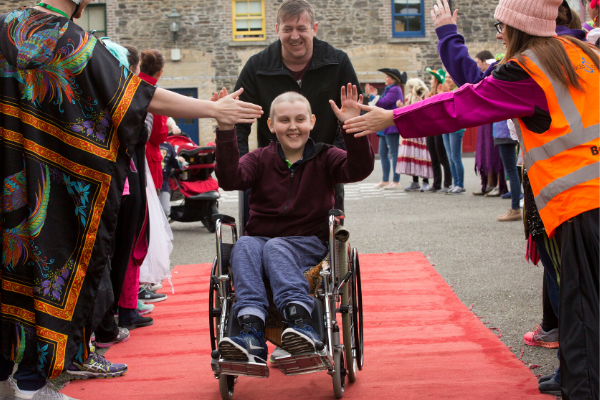 “James was offered a place at Barretstown camp – but I was nervous, it was very early in his treatment. He had only been diagnosed about three months earlier, he was still very sick and was using a wheelchair. What if he got a temperature? How would he get his bloods done? What about his chemo?”

Because of the Med Shed, we were able to put an end to her worries: “I spoke to Eimear, who runs the Med Shed. She explained that all of those issues would be cared for by her team of volunteer doctors and nurses while he was at camp. She reassured me that James would be medically cared for, while having the best time of his life.” And that’s exactly what happened. 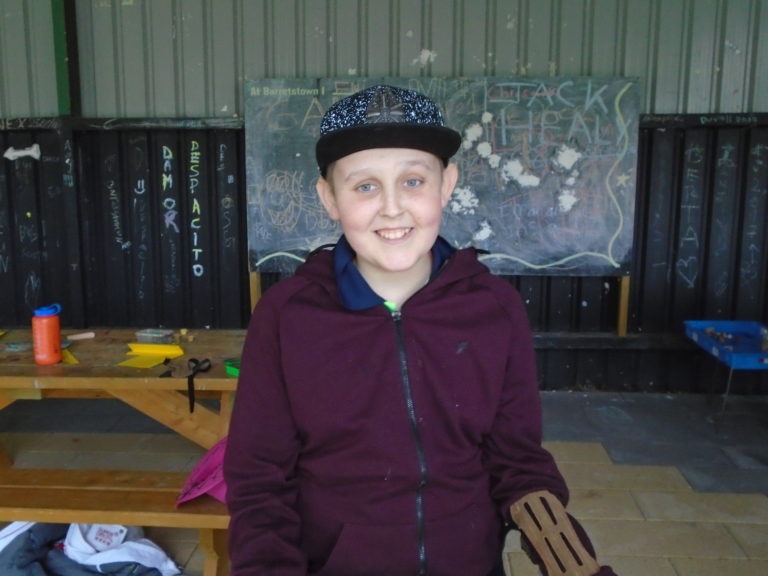 James attended that first camp in summer 2017 – and Debbie is convinced it was a turning point in his cancer journey. “When we picked him up after his week-long camp, it was like collecting a different boy. He had a huge, cheeky grin and was smiling and buzzing from all he had done. Our boy was back! Allowing James to go to Barretstown - with the peace of mind that the Med Shed would keep him safe - was a turning point in the traumatic journey we had begun with his diagnosis.

Without the Med Shed, there is no way James could have gone. And if James hadn’t gone to Barretstown, we would never have learned how to live with his cancer.” 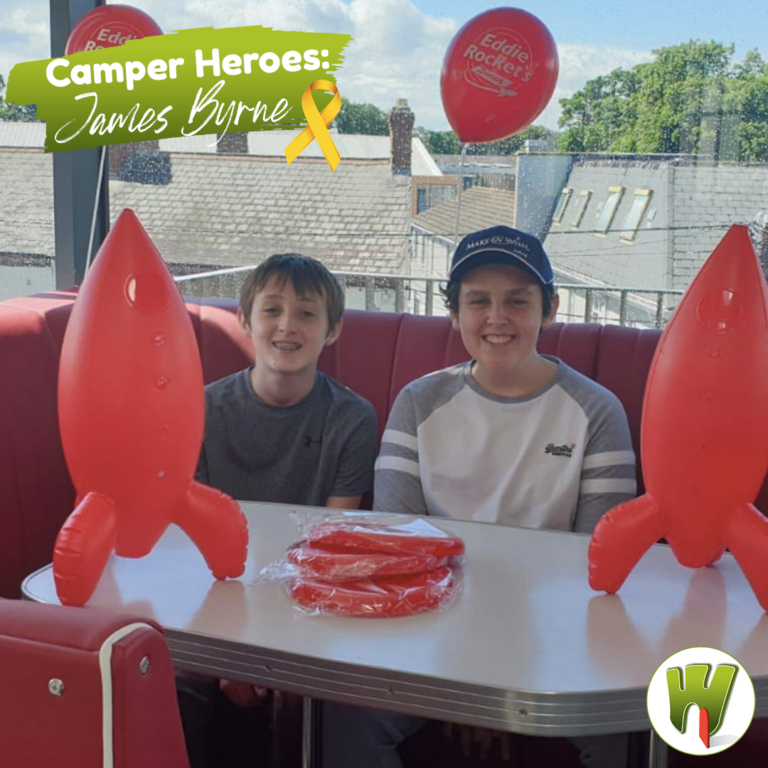 Since then, James has been through over three years of treatment, and been back to Barretstown over the years, to family camps and on his own. He has gone from strength to strength. The great news is he had his last chemo not long ago, on August 15th – a very special day for the whole family.

James has just started Transition Year and has decided to go to Germany for five months. Debbie is convinced that his life-changing experiences at Barretstown have thought him to “reach high and grab every opportunity” and given him the confidence he needs to go on such a daring adventure. 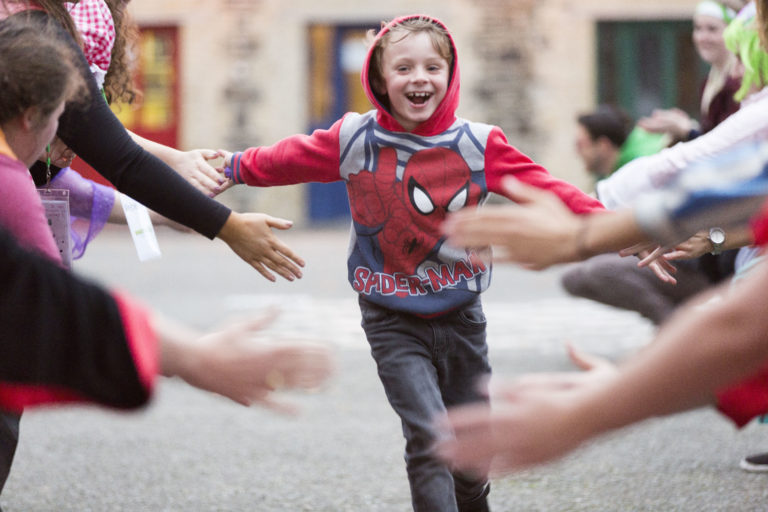 Right now, all over Ireland, there are thousands of children whose lives are on hold while they’re coping with serious illnesses. So many are missing out on the happy childhood that every child deserves. Your support is allowing us to reach more and more children and their families who desperately need our life-changing therapeutic camps and programmes now more than ever. Thank you for helping us to spread the Magic!