Barretstown’s Board of Directors oversee the organisation to ensure transparency and best practice in all areas of the business. The Board is the governing body, the leader and steward of Barretstown.  All members work in a voluntary capacity.

Donagh O’Sullivan joined the Board of Barretstown in November 2013 and was appointed as Chair in March 2021. From Cullen, Co Cork, Donagh is a Chartered Civil Engineer and has lived and worked in the UK since graduating from UCC in 1990. He is Chief Executive of the Galliard Group, the largest privately owned residential developer in London. Donagh is also an Ambassador for the London based Irish focused charity ‘Immigrant Counselling and Psychotherapy’ (icap).

Patrick was appointed to the Board of Barretstown in June 2020.  Since 2014, Patrick has worked as Business Development Director with Manguard Plus and has been involved in the financial services sector both in Ireland and London for many years. Patrick has been associated with Barretstown since 2014 when his daughter Alice became a camper. Since 2016, he has represented Barretstown at the National Cancer Strategy Forum. Patrick is Co-Chair of Barretstown’s Childcare Advisory Committee.

Anne Heraty is CEO of Cpl Resources plc., a recognised leader in workforce solutions, specialist recruitment, managed services and outsourcing. With an annual turnover in excess of €522.7 million, the company has over 670 permanent employees. In any one week Cpl also has over 12,400 temp/contract staff under management in customer sites. Her company has grown through both strong organic growth and strategic acquisitions. Anne won the Business & Finance ‘Business Person of the Year 2014’ and her company was ranked as ‘Best Place to Work 2019’ in the large organisation category. Anne is the Chair of judging panel for the EY Entrepreneur of the Year Awards in Ireland and former President of IBEC.  Anne sits on Barretstown’s Nominations & Remuneration Committee.

Liam Kavanagh was appointed to the Board of Barretstown in June 2020. Liam is Managing Director of The Irish Times Group, Ireland’s leading quality news media publisher which includes The Irish Times and Irish Examiner. He is a member of the management committee of NewsBrands (the news media industry association).  He is a board member of the World Association of Newspapers. Liam is a former President of the Dublin Chamber of Commerce and served as Chairman of the Ireland Hong Kong Business Forum from 2014 to 2018. He currently serves as an external member of the Finance Committee of Trinity College Dublin. Liam sits on Barretstown’s Finance & Audit Committee.

Colm McDonnell was appointed to the Board of Barretstown in February 2017. Colm is the COO of Deloitte’s Risk Advisory business in North South Europe. Colm has been with Deloitte for over 25 years and has led the Risk Advisory Department in Ireland for ten years. Colm was a Council Member of Dublin Chamber Commerce from 2009-2019, serving as Treasurer from 2011-2016. Colm is a Fellow of Chartered Accountants Ireland and is a member of the Institute of Internal Auditors, the Association of Compliance Officers Irelands, and the Information Systems Audit and Control Association. Colm in Chair of Barretstown Risk & Governance Committee.

David McKeown was appointed to the Board of Barretstown in November 2018. He is the co-CEO of his family business, Kilsaran International, which he has been involved in for over 20 years. Prior to his appointment as co-CEO, David spent 8 years as Group Sales Director. Kilsaran International is Ireland’s largest family owned construction material supplier with over 28 locations serving all aspects of the Irish Construction Industry. As well as a strong Irish presence, Kilsaran International has a well-established customer base in both Northern Ireland and Great Britain. David is Chair of Barretstown’s Development Committee.

John O’ Brien was appointed to the Board of Barretstown in May 2017.  Since 2014, John has worked as Managing Director with family business, O’ Brien Fine Foods.  Prior to joining the family business, John trained as an accountant with Patrick McDonnell & Co, in Newbridge.  In 2003, he joined the ﬁnance department of O’ Brien Fine Foods before working with the sales team where he developed the team and business into one of the biggest producers and marketers of cooked meats in Ireland, including Brady Family, Homebird and Greenfarm brands.  John is Chair of Barretstown’s Finance & Audit Committee and sits on Barretstown’s Development Committee.

Prof. Brian MacCraith was appointed to the Board of Barretstown in September 2020. Prof. MacCraith held the position of President of Dublin City University (DCU) from July 2010 to July 2020, during which time DCU grew significantly in terms of scale, footprint, and reputation. During that period, DCU was Ireland’s fastest growing university and added 3 new campuses (DCU St. Patrick’s Campus, DCU All Hallows Campus, and DCU Alpha, the University’s Innovation Campus) to its original base in Glasnevin. Brian MacCraith is a member of the Royal Irish Academy (RIA), an Honorary Fellow of the Institute of Physics, an Honorary Fellow of the Institute of Engineers Ireland, and a Fellow of the Irish Academy of Engineers. In September 2020, Brian was appointed as chair of the board of the Gaelic Players Association (GPA). In November 2020, he was appointed by the Government to chair the High-Level Task Force on COVID-19 Vaccination. He also chairs the Government-appointed Future of Media Commission.

John Paul Scally (J.P.) was appointed to the Board of Barretstown in November 2018. J.P. is the Chief Executive Officer of Lidl Ireland and Northern Ireland. He joined Lidl as a Graduate in 2003, initially as a Project Manager in the Construction area of the business, having qualified with an engineering degree from the National University of Ireland, Galway. J.P. subsequently held a number of roles with Lidl in Logistics and Sales Operations from 2004 until 2012. J.P. developed an understanding of the international retail landscape while sitting on the Board of Lidl France from 2012 to 2015, as Director of Operations. J.P. has been CEO of Lidl Ireland and Northern Ireland since his return from France in 2015 and oversees the 209 stores across the island with over 2 million weekly customers. J.P. sits on Barretstown’s Development Committee.

Dr. Peter McCarthy was appointed to the Board of Barretstown in March 2021. Peter is a Clinical Research Fellow at the National Children’s Cancer Service at Children’s Health Ireland at Crumlin and University College Dublin. He is currently completing a PhD in the genomics of childhood leukaemia and he is also a Special Lecturer in Paediatrics at the School of Medicine, University College Dublin. Peter graduated from University College Cork Medical School in 2012. He completed his basic paediatric training at Temple Street and Crumlin Children’s Hospitals, and he commenced specialist training in Haematology in 2016 with the aim of becoming a Consultant Paediatric Haematologist. In the summer of 2010, Peter worked as an activity leader in Barretstown and he has continued to volunteer as a Cara and in the Med Shed. Peter is Co-Chair of Barretstown’s Childcare Advisory Committee.

Tom Berrigan is a member of Barretstown’s Board of Directors

Eimear Caslin is  member of Barretstown’s Board of Directors.

Louise O’Byrne is  member of Barretstown’s Board of Directors.

Karen O’Neill is  member of Barretstown’s Board of Directors.

Board Code of Conduct

There are five Board Standing Committees and the Board delegates specific responsibilities to these Committees, as set out in their Terms of Reference.  The Chair of each Committee is a Board member and reports back to the Board at each quarterly Board meeting. 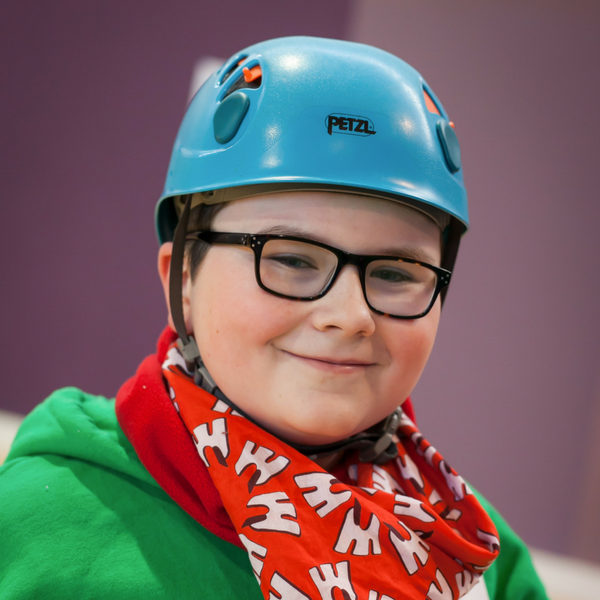 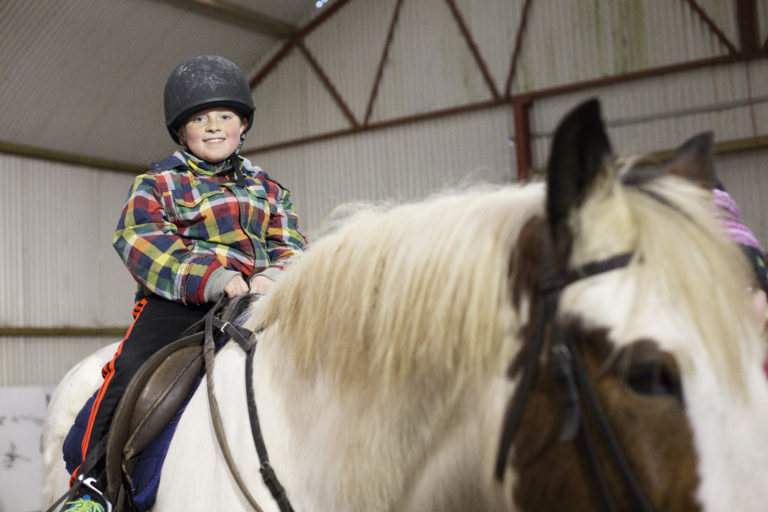 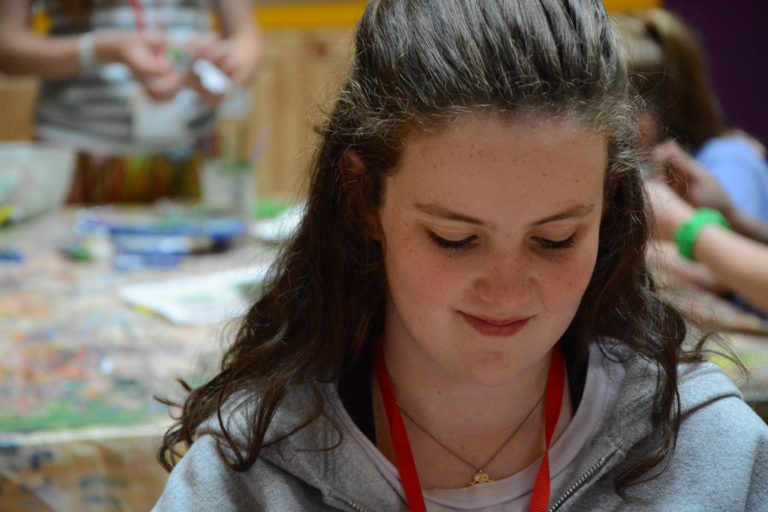 *The CEO is not present for any discussion relating to his/her salary. 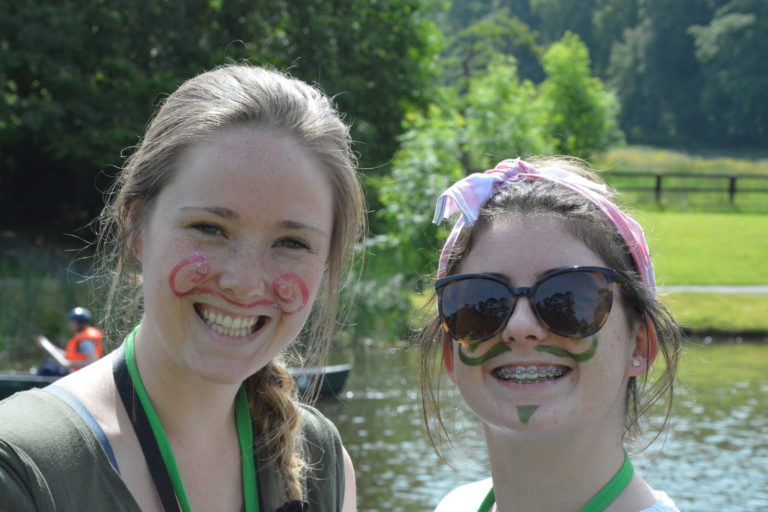