“We are team Peak Abú and we took part in the 42km challenge. We work together in RTÉ Young People’s Department. To reach our fundraising target we organised a cake sale for our colleagues.

I’m useless at asking people to sponsor me, so I had to come up with an alternative plan to raise funds. I have found in the past that people are usually more willing to part with their money if they are getting something in return. 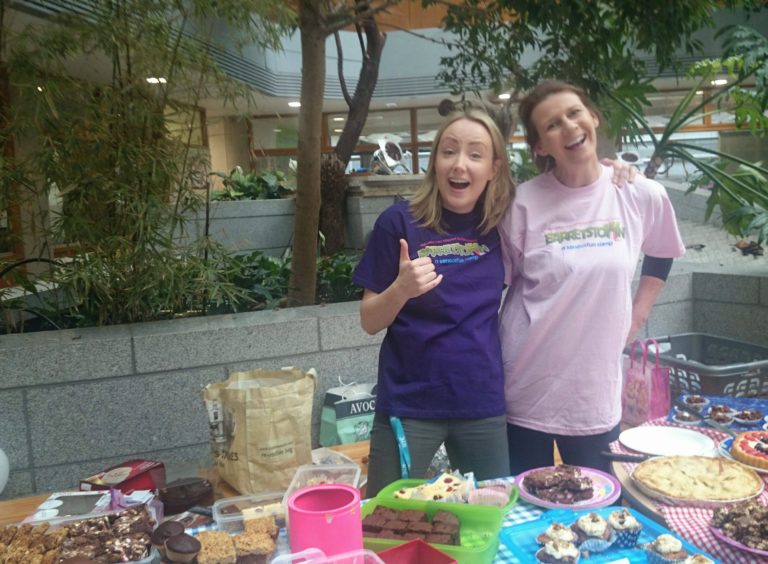 We sent an email to our colleagues letting them know about the event and asked them to bake if possible. Posters were also displayed throughout our building. Family and friends were also asked to bake. Two days before the event a reminder email went out to everyone and we confirmed what people were hoping to make. The night before the event we went out to do the cake pickups, and baked furiously ourselves. 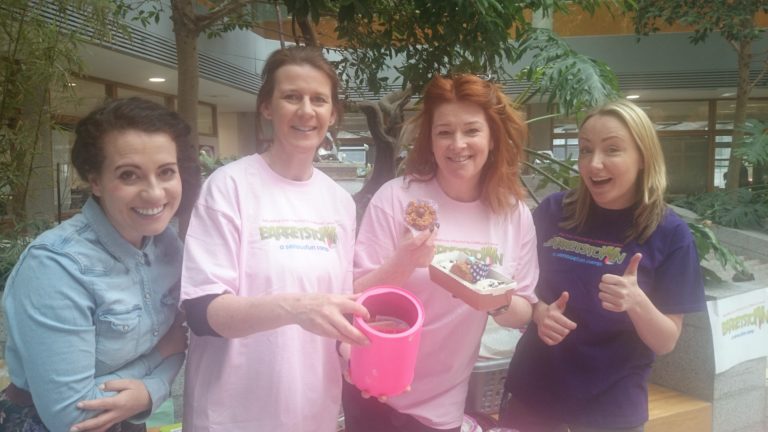 We were set up and ready to go in the break area by half ten so we would catch people as they stopped for elevenses. We did €2 for a bun or a small slice of cake or 3 for €5. We had well over one hundred customers. We left the few leftovers on the table over lunch with honesty box. When we came back to collect it the buns were gone and the box was full of fivers. We had sold every single bun! 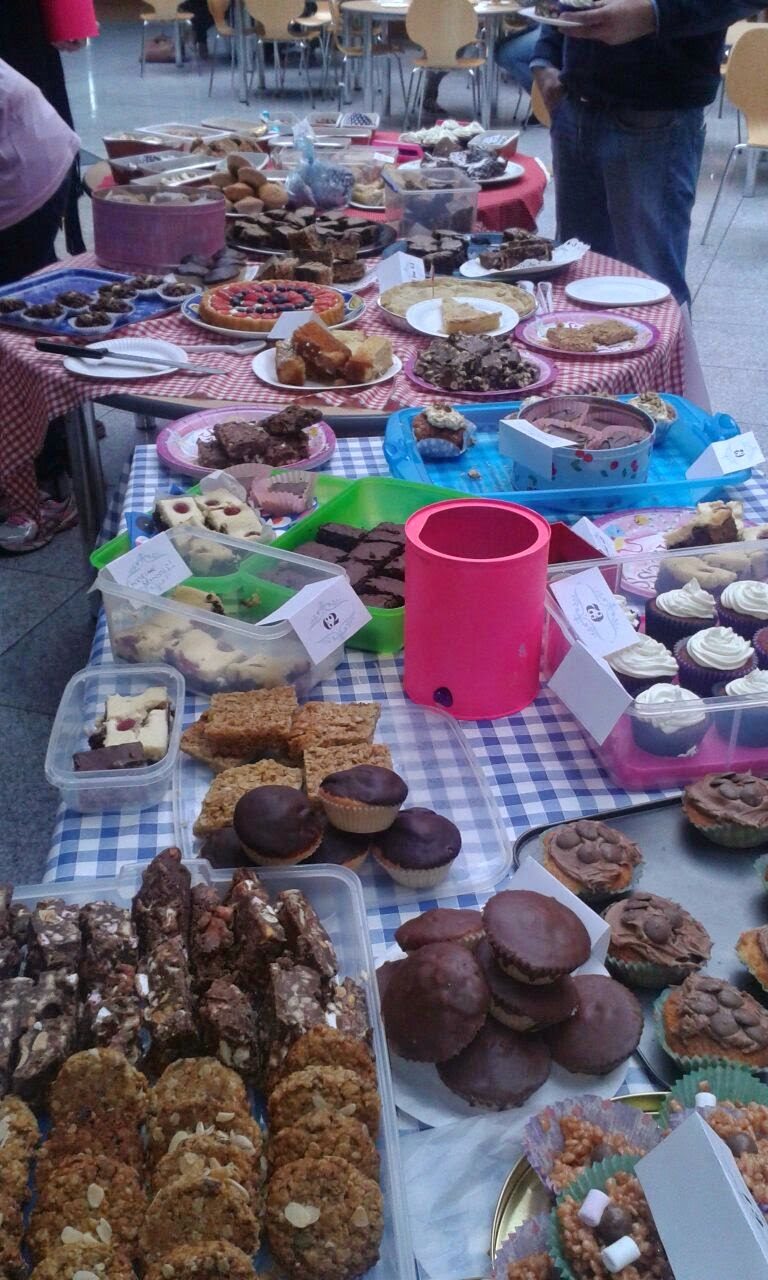 So if you are thinking of doing a cake sale, stop thinking about it and just do it. People love cakes and people love baking! It’s the fundraiser you could do. 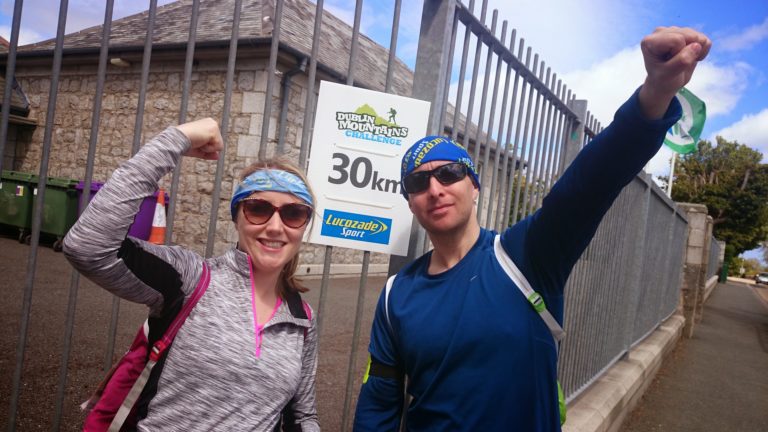