Barretstown has been part of my life for 9 years now. From being a shy, unconfident, and sick teen, camp saw me through the worst time in my life to make me the person that I am today, and for that I will always be thankful.”

I was diagnosed with Acute Lymphoblastic Leukaemia in 2005 when I was 12 years old, and went to camp for the first time during my final year of treatment in 2007, continuing to attend for the following 2 years. It’s really true what people say about hospitals and doctors healing the sickness and the illness, but camp playing a huge part in healing the child. My illness stripped me of so many things and I feel that Barretstown just completely brought me back. 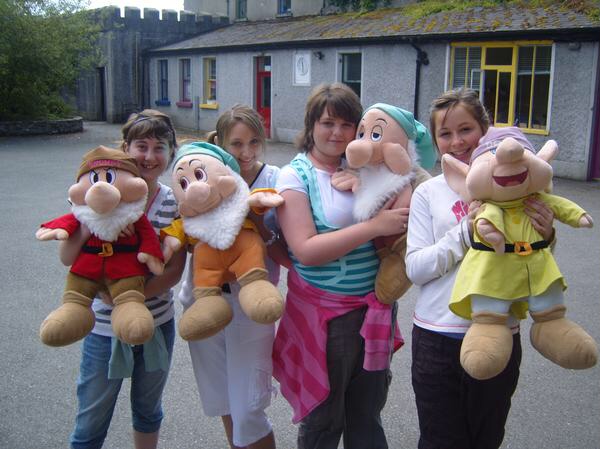 I lived for those summer sessions at Barretstown, where I got to come over from the UK to the beautiful surroundings of the Barretstown castle, be away from everything that reminded me of my illness, and be surrounded by the most wonderful people I have ever met. Camp made me so much more positive and confident. I met other teens going through the exact same experience as me and for once I didn’t feel like the odd one out – like ‘the sick kid’. I came back to do the C.I.T. (now CLP) programme in 2010, and volunteered for the first time in summer 2012. I have been back every year since to give up a week or weekend throughout the year. It would be an understatement to say that Barretstown has a very special place in my heart and it’s a magical and beautiful place I will never be able to fully leave behind me.

It’s completely changed my outlook on life, and has replaced my horrible memories of treatment into wonderful and precious memories of camp.

I would never fully be able to repay camp for everything it has given me, but small things like volunteering and fundraising are my way of giving back what I can. When the opportunity to run the VHI Women’s Mini Marathon came up it was something that I knew would be a real challenge for myself and, although having done it twice before in 2012 and 2013, this was the time to really push myself, setting a goal of running 10k within the hour. 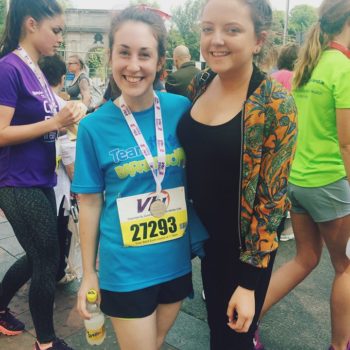 Fundraising did mean I had to badger people a lot, but everyone who knew me through my illness knows what Barretstown has done for me and how much it means to me. Those who didn’t know about my experience of being sick, and of attending camp, were pretty amazed when I told them. I think it’s hard to fully describe Barretstown to anyone, but being in a very fortunate and unusual position to be able to explain camp from both sides, both as a camper and as a volunteer, has actually really helped me to give people an idea of the amazing work that goes on behind the castle gates, and what a worthwhile place it is to raise money for. Training up for a 10k was difficult. Considering I’m a person who doesn’t even run for the bus it took a lot of will power to put on my trainers after work and start building up my stamina. Safe to say I was beyond thrilled to complete the route in 59:20. I also managed to double my target fundraising amount and raised just over €650.

As I said, I will never be able to fully repay camp for everything it has done for me, but if this amount raised helps just one child to experience camp in the way that I did, then I feel like I have done my job

Become Involved in a Barretstown Event by signing up Here