Ciaran’s beautiful child Aidan got cancer. He wants to tell you Aidan’s story.

Children like Aidan need to know they have Barretstown to look forward to. A camp where they can laugh and play, and remember what it feels like to be a regular, happy child again.Will you help a child like my son today?

Let me tell you his story.

It was in 2014. Aidan was four years old. For months he had been getting sore legs – so much so that it would wake him at night. My wife Leonie and I took him to our GP, who suspected it was down to growing pains. We didn’t think too much of it, as Aidan didn’t have any other issues. The soreness would come and go.

He had to bum shuffle down. That’s when my wife and I knew something was wrong. We took him to the GP, and were sent off to Crumlin for a blood test. 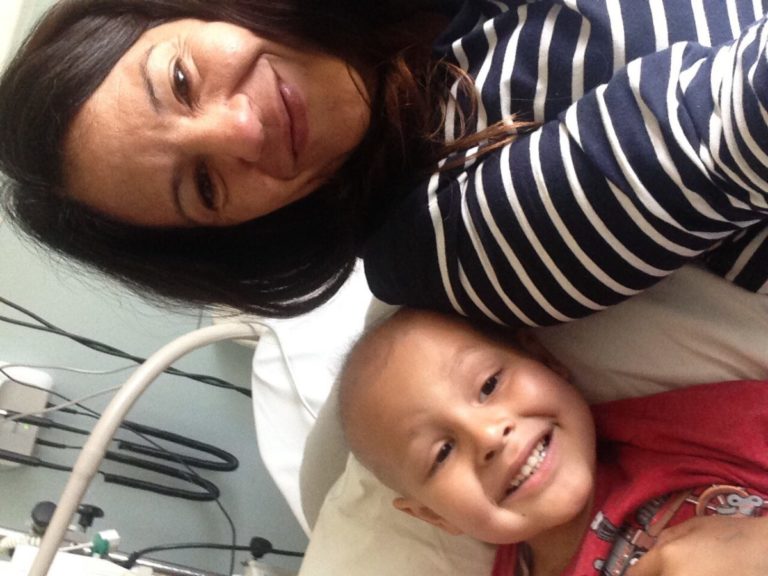 Straightaway we got the diagnosis. Our little boy had cancer. Acute lymphoblastic leukaemia.Our world broke to pieces.
Aidan started treatment. It was all a blur for me and Leonie. We didn’t want to believe it. How could our little boy have cancer?
Aidan was in and out of hospital for treatment. Early on in his treatment, he got sepsis, a blood infection. He spent a month in hospital. Leonie and I felt like we were living on a knife’s edge. We thought we might lose Aidan.

Thankfully we didn’t. But Aidan wasn’t the same little boy who went into hospital. After his sepsis cleared, he picked up a fungal infection. He had biopsies so doctors could find out what was going on. Even his Freddie line got infected and had to be removed. That meant he got poked over and over for his antibiotics, antiviral and antifungal medicine to be dripped into him via IV, nearly 24 hours a day for weeks on end.

Every day I had to watch my son being forced to do things that caused him pain. As his dad, it was my job to protect him, and to take his pain away. But I couldn’t do anything.

Between November and December, Aidan had spent four weeks in hospital, including a weekend in ICU. I know during that whole time he didn’t feel anything like a regular child anymore. I remember sitting at his bedside in hospital. He looked so tiny
lying there. All he wanted was to be healthy, and to be back in his own bed. Leonie and I put his Star Wars sheets on his bed to help him feel a little more at home.

Aidan stopped talking. He stopped smiling. He would communicate with us by shakes or nods of his head. He was going into himself.

Our social worker in Crumlin told us about Barretstown. So after Christmas, when Aidan was coming through the worst of his treatment, Barretstown offered us a place in one of their camps. It came at just the right time for us. It was the Spring of 2015. The Spring I got my son back. Despite everything, Leonie and I know we’re the lucky ones. Our son pulled through.

But I know there are other parents who are in the same hellish place we were three years ago. They may be in hospital right now, watching their child disappear into themselves, the way Aidan was starting to.

You can help children like Aidan who are waiting for something to look forward to. A chance to smile, to forget about the pain and suffering of hospital. Donate today and give them a gift of a trip to Barretstown