How we work together

During 2015 DNG have proved to be an amazing supporter of Barretstown. Following their participation in the Eversheds Sports Day; DNG also held a pub quiz raising €1,300. In October 2015 and in less than four weeks DNG raised a staggering €40,000 by holding a mega raffle.

DNG are currently planning their 2016 fundraising initiatives and are looking forward to working with Barretstown. 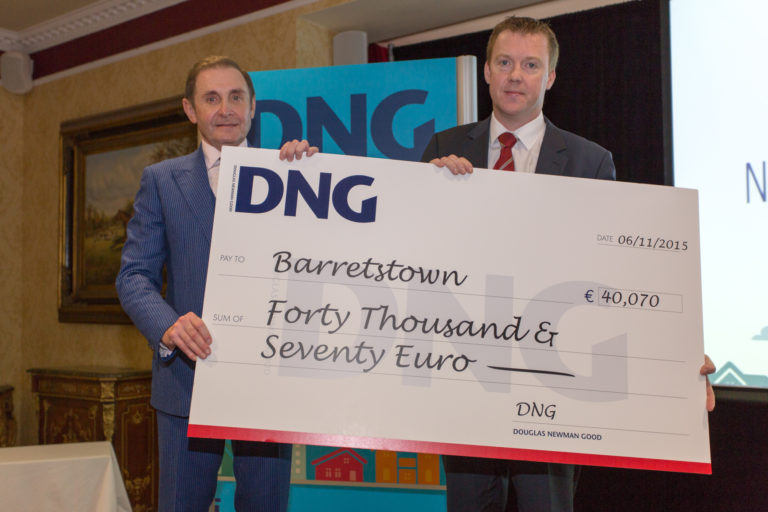 “We chose Barretstown as our chosen charity as we believe they do tremendous work and help so many families throughout Ireland. We can only hope that our contributions will make a real difference to Barretstown and we look forward to working with them in 2016. ” – DNG Chairman, Paul Newman

DNG have a strong Corporate and Social responsibility which includes a mandate to support good and worthy causes, giving back to society and also taking an active role in the community.

DNG set up its own Charity Committee in 2014, headed up by DNG Chairman Paul Newman. The Charity Committee’s role includes choosing a main charity to support each year as well many other initiatives. The committee also play a key role in coming up with ideas and arranging various events.