Our son Ben (then 5) was diagnosed with Acute  Leukemia (ALL) on March 6th 2012 @1.34pm. It’s a date and time that I cannot shake from memory nor would I want to. A few days before he had developed a small rash on his hand which was diagnosed as cellulitis in Temple Street Hospital. They drew a line around it in pen and said that if it gets bigger, come back in. It did so, we returned on a Saturday morning. They took more blood and asked us to monitor it closely and gave an antibiotic. However, unknown to us a lady in the Haematology Lab noticed something not quite right with Ben’s white blood count.

Then on Monday morning, Dr. Ko from A&E who saw Ben on Saturday said we had to come straight in. We did and knew that a hospital asking you to come in was serious. He sent us straight to Crumlin Children’s Hospital. Prof. O’Marcaigh gave us the news we dreaded.  Our world was shattered. Why us? However, the 80% survival rate for ALL gave me early hope and we set about doing what we could to help Ben beat the “bugs in his blood”. 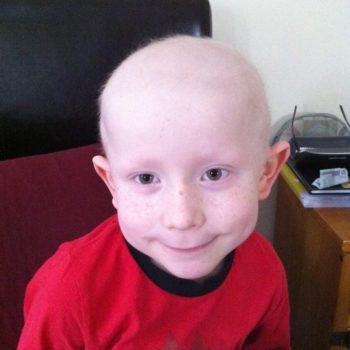 The first 6 months were awful. The stress & pressure this put on us as a family were huge and that was with the help of family, neighbours & friends. At any time due to his low immune system, infection was the enemy. I did his dressing and Hickman Line at home to reduce infection but it also gave me a sense of satisfaction by doing something. We had already heard about Barretstown many years before but weren’t sure we could qualify for a Family Weekend.  We applied after seeing an application form on St. John’s Ward  There is a very long walk or at least early on in treatment it seemed so, from the front door of Crumlin Children’s Hospital to St. John’s Ward.

We got a letter informing us we would be welcome to join on a weekend to Barretstown in October 2012. We were delighted but on the week before Ben had a number of blood transfusions which put our participation in doubt. Ben rallied and off we went on a Friday after lunch. Of course we got lost going down, after arriving in a different Barretstown on the other side of County Kildare. We eventually arrived at the Barretstown Castle and immediately loved the place. We got checked in and got our photos at the famous Red Door. We got assigned our Caras & volunteers who would make the few days very memorable. We shared the house with another family who had been before, so we learned fast. Sing for your supper although a little cheesy when doing it first, I look back now and see what it meant to Ben. All our troubles and worries were washed away and we decided we were going to have some Serious Fun! 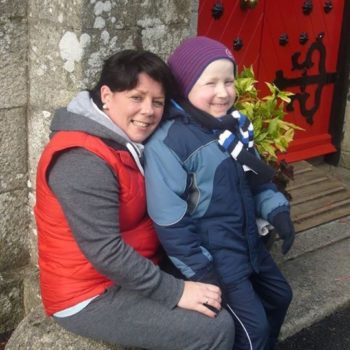 On the Saturday Ben got to do everything he wanted from archery to horse riding. We ate and drank really well and it gave our family the time we needed to heal and finally accept the diagnosis. We left Barretstown on the Sunday with a spring in our step with great memories and the strength to beat this despicable disease. And we did. After 3 & half years, Ben was given the all clear in July 2015 and I have no doubt that Barretstown helped Ben to forget his worries and just have fun, just as much as the hospital treated the illness.

Afterwards, I got invited to a focus group talking about Barretstown. I mentioned I would like to help out in some way and within a couple of weeks I became an Ambassador. I really feel no matter how much I do, I always get much much more in return. I started collecting cheques on behalf of Barretstown and then volunteered for the Corporate Olympics, Liffey Descent, Dublin Mountain Challenge and Corporate Quiz. I have presented to many groups, schools and companies who have raised much needed funds for Barretstown. I really love giving a little bit back and try to make excuses to do the event rather than not.

Thank you Barretstown. Long may you give very ill children and their families, the magic of Serious Fun! 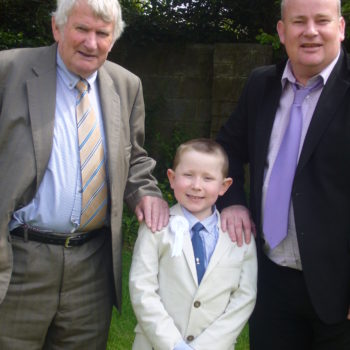