Just before Christmas in 2013 Seamus’ football coach noticed that Seamus was ‘slowing down’ and getting out of breath. His mum took him for an ultrasound to Crumlin and the scan revealed a large tumour growing in Seamus’ liver. On 21st December, just four days before Christmas, Seamus started chemotherapy. On Christmas Eve, the doctors let Seamus go home from hospital, so he could spend Christmas at home with his three little sisters.

But as his mum told me, it was almost impossible to celebrate… “Seamus was so sick from the chemotherapy that he really didn’t enjoy Christmas. He spent most of it sitting on the sofa with his head in the sick bowl.

The next couple of months were tough on Seamus. The chemotherapy treatment left him feeling weak and sick. As the weeks went by, the treatment got harder. And Seamus had to face the trauma of losing his hair. His Mum explains…

“He went through all the pain, all the surgery, all the scares, the chemotherapy, radiotherapy and never complained about that. But he got very upset when his hair came out.”

The whole family had already been through so much, but now they saw Seamus start to change and it was really distressing. Seeing Seamus so low was completely heart breaking. His family didn’t know what to do, but then they started to talk about the weekend that they were going to spend together at Barretstown. It had been so long since they had been anywhere as a family, so even before he got here, the thought of coming to camp kept Seamus going.

Just one weekend at Barretstown helped change Seamus. The transformation was incredible. After only a few minutes, Seamus – who had stopped going out or seeing friends – disappeared off with some of the other children at the camp. His mum and dad couldn’t believe it…

At Barretstown, all his new friends were wearing hats – they had all lost their hair, so he didn’t feel different. He had a ball. He even tried the climbing wall and loved it.”

And Seamus brought home much more than happy memories with him. He also came back with new confidence. For Ann-Marie, it was a huge relief.

Barretstown made such a difference. Seamus’ parents could see him going into a dark place. But the weekend at camp and the new confidence Seamus took home helped bring him back.

“People talk about the magic of Barretstown and when you go there, it’s true. It had an effect on the whole family – everyone was so happy together. I couldn’t believe it. I wanted to stay there.”

Seamus With His Family at Barretstown 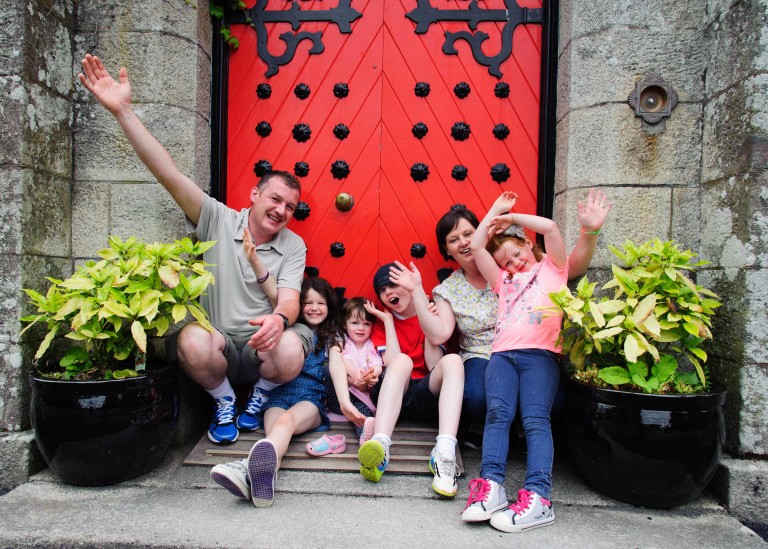